End of support for Office 2011 for Mac

Microsoft announced in 2016 that support for the business software, Office 2011 for Mac, was being permanently terminated. Starting immediately, the software publisher will no longer provide bug and security patches. Companies that are still running Office 2011 on their Macintosh computers are thus forced to migrate to Office 2016.
It is a good thing that VENDOSOFT offers Office 2016 as business software at half the original price!

With the end of support for Office 2011 for Mac, Microsoft has already stopped offering additional updates. The assumed reason is that the compatibility under the new Apple operating system cannot be guaranteed – although Office 2011 runs smoothly on the MacOS, Sierra. There is as good as no alternative to the suite comprising Word, Excel, Outlook and PowerPoint. If businesses want to continue to use the tool, they must upgrade to Office 2016, the only Office suite that Microsoft supports on the Apple platform and provides with security updates.

With an original price of approximately 345 Euro per volume license, the update will hit the books of some IT managers unpleasantly hard. That’s where VENDOSOFT comes in with its used software. “We have Office 2016 in our portfolio for €169 in the portfolio,” explains Managing Director, Björn Orth. “That’s a whopping 51 percent saving.”
And indeed, the phones at the main headquarters in Inning am Ammersee in upper Bavaria have scarcely stopped ringing since Microsoft announced the end of support. 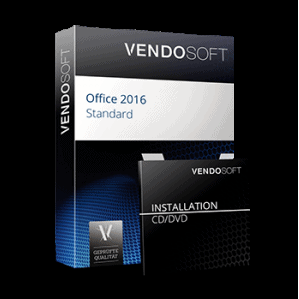 “We have taken precautions and increased our inventory of Office 2016 Standard and Professional Plus”, reports Orth.
The used software dealer is able to deliver orders from five to up to a few thousand licenses quickly and reliably.

Affected companies and IT managers can easily contact VENDOSOFT if they want to switch from Office 2011 to Office 2016.

Find out more about comprehensive licensing consultancy from the Microsoft Licensing Professionals at VENDOSOFT!